St. Tammany Parish had a fort of its own, located just northeast of Madisonville. It was built in the fall of 1813 by order of Governor W.C. Claiborne and Navy Capt. John Shaw.

After hearing about the Native American uprising leading to the massacre of Fort Mims in Alabama, the residents of Madisonville convinced the Governor and local Navy officials that a fort was needed. The local inhabitants and the workmen on the "blockship" at the nearby Naval yard would build the structure. We do not know its size or configuration, but there were 150 workers and at least 50 area inhabitants.

It was a "stockade" fort, meaning it was built with posts in the ground, with parapets on each corner to fire the cannons. Lt. Michael Carroll was in charge of the construction. It was under the command of Captain John Shaw, who placed a Marine guard with heavy cannon in the fort. It was located near where the Otis House in Fairview Riverside State Park is today, and stood from 1813 to about 1822 when the Marine guard was taken out. 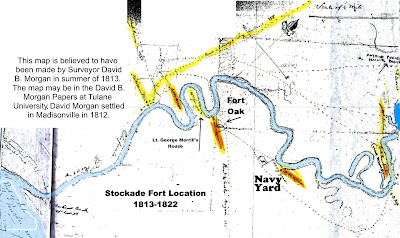 How It Came To Be

The residents of Madisonville petitioned Governor Claiborne for protection from the Indians, and he and Captain John Shaw of the U.S. Navy made a special trip to Madisonville to meet with the community leader David Bannister Morgan and Rene Baham, who was part of the meeting.

Gov. Claiborne's plan for protection was to build a fort on the east side of the Tchefuncte River opposite the village and have a supply of rifles and gunpowder on hand in the fort for the inhabitants.

In addition, Capt. Shaw would place several cannons with a detachment of Marines. Shaw stated he had no doubts that he could defeat any band of Indians that would attack the area.

Where to place the fort? This is where David Morgan came in. With his knowledge of the area by his surveying in 1804 and 1812, he drew a map as to the selection of what he thought would be the best location. (See map). 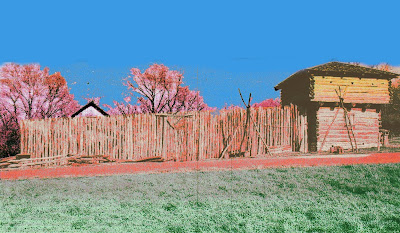 Where was "Fort Oak" located? It had to be in a clearing due to the cannons placed by Capt. John Shaw. The clearing would give the cannons a clear field of fire. The only clearing between the Naval facility and Madisonville was near Jacques Lorreins house, (near where today's Otis House is) on the east bank of the river, opposite Madisonville. 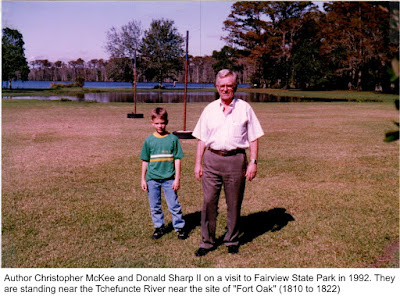 Christopher McKee wrote the book "A Gentlemanly and Honorable Profession: The Creation of the U.S. Naval Officer Corps., 1794-1815." The 600 page book was published by the US Naval Institute Press in 1991. He joined Don Sharp and his son on their visit to Fairview State Park to get a better idea of the location of Fort Oak. 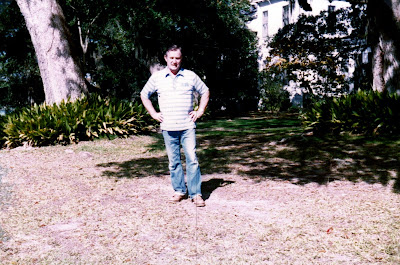 Don Sharp at Fairview State Park, searching for the site of Fort Oak
at May 02, 2019